IMC is a competition in mathematics for university students. It’s similar to IMO: two days, problems from different topics, students from all the world and lot of free time to meet other participants = friends.

Event take time from 28th of July till 03th of August. Each day one main task to do was scheduled for us.

We took a bus from Bratislava to Schwechat and from there we flew by plane to Sophia. There a bus was scheduled for us. I was sitting with a participant from Berlin so we talked all the way. The whole travel went quite smoothly.
The registration process was a bit slow, but luckily we managed to be the first in the queue. The campus was very nice: next to the river, lot of greens and many balconies which were used as meeting places. We have met some girls on one of the balconies and asked them for the directions to our rooms.

Mainly we spent our time with our Czech “brothers” and the Spaniards, who are indeed a joyfull people.

Competition was opened in the afternoon and the team leaders get to choosing the problems. Team leaders had in global at least three times more job than the participants, so I must thank them a lot for doing their job. 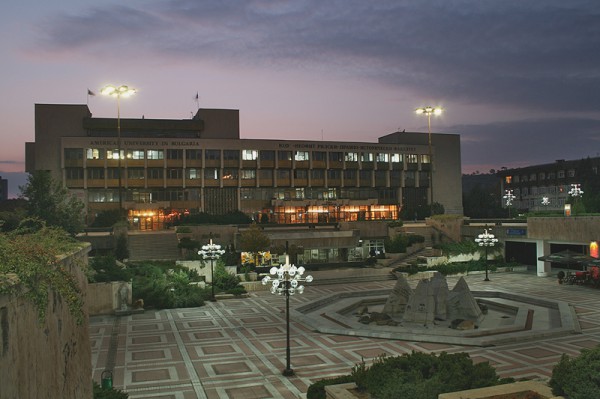 As always, great expectations for the competition. All members of our team were in the same room, because we had surnames starting with H at most. In global we had to solve 10 problems, 5 each day. Three of them were considered easy, four medium, two hard and one really very hard. In addition, first day was easier.

Nobody of us was satisfied after the first day. The solutions assumed no deep knowledge, only just a little trick. Therefore the problems were really nice.

After the 5 hour problem solving we had lunch and a nap. Then some city visiting and some bowling. The city of Blagoevgrad has a nice and familiar centrum, with lot of helpful people.

The results of the first day were shown quickly. Two of us including myself had get not fullscore for the easiest problem. It is kind of shame.

I was glad to see a combinatorics problem as the medium one. Combinatorics is my favourite topic. I have almost solved the problem half a hour before the end. So I was quite happy for now with my performance.

No more job for participants now, so we started to make some fun here 🙂
We were planning to go to the local mountains, which are quite high and nice. The common schedule was a visit of Rila Monastery. We decided to get there earlier and then go hiking.

We tried to find a good website for the bus schedules, but we failed. So we went to the local bus station and asked the grandma on the information desk how to get to Rila Monastery as soon as possible (we communicated via hands and some slovak, which is a little similar to bulgarian).
And the old lady started to write down all the departures from the bus station and the transfers we should take. Incredible, how the bulgarian “Internet” works 🙂

On the dinner the spanish guys (mainly Pedroanchel) made up a really big circle of tables and called it as “International interaction table”. It was really funny. Therefore we had a conversation with a guy from Princeton (who was winning after the first day).

So we got up at six o clock and we went to the bus station. We were three from our team, one from the prague team and our team leader.

Before our leave we have seen our results. I was amazed with my low point score. So we discussed hard our solutions on the trip.

Our bus reached Rila Monastery at 8:30 and we made a micro sight seeing of the monastery. It was really nice and colorful. Also it was quite big, as the mountains in which the monastery was placed.

After some problems with finding our way we stared our journey up. Some local dog have joined us. First, we thought that it wants to eat. But after 500 height meters we changed our mind and we explained it otherwise: it must be a way/travel dog which goes with travelers, like the bernardines in Switzerland. For our surprise it wanted no food.

The road was not so good, but no bigger obstacles we met.
We had no breakfast what was a great mistake.

In the saddleback were horses without a man or dog which take care of them. They were just breeding in 2500m above the see. 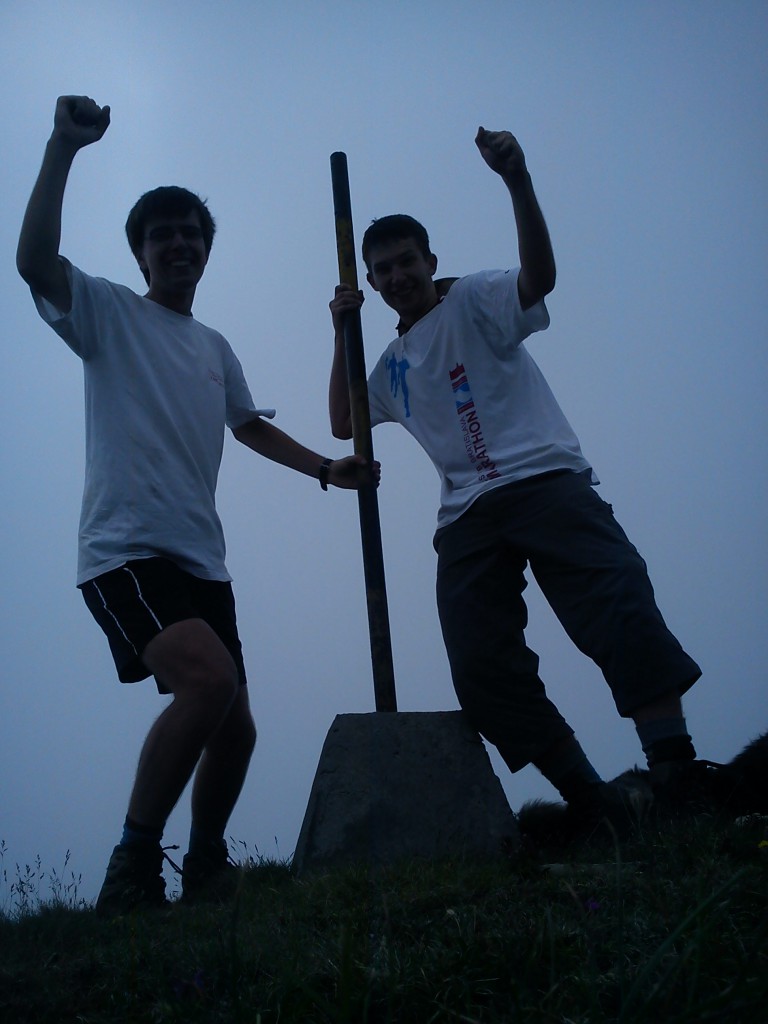 We met some hikers from Czech republic (no surprise). We asked them what can be seen here and then we told them the weather forecast.

But we decided to go down because the weather was getting bad so that even the horses decided to run away. No rain fortunatelly fell on us and even the sun came back.

At the end we managed to get to the bus with some running, but unfortunatelly no sitting place was free for us.

After the trip all of us were really tired. For example I stayed in bed for 24 hours without eating anything except some watermelon. I had strong headache and ‘eyeache’. So we missed precious party time 🙁

I have get up for the closing ceremony and looked forward for the farewell dinner.
Best of us, Samuel Hapák made for 109th place with second prize and had 35 points from 100. I was 279th with Honourable Mention with only 15 points. My all three mistakes were always in the simpliest problems.

But nevermind, party till the morning!

We have decided to visit Sophia before out flight in the afternoon. There is no much to see there but at least I wanted to see how it looks like.

It is just a modern city with some nice building from the 19th century. In the city center was a stone church from the Roman period. It was 3 meters below the current ground. We have discussed how it is possible that the cities “grow up”, but we concluded with no primary argument. It should be something with: “more material is brought then is taken.”.

At the very end of our stay in Bulgaria, we had some unfortune. Our team leader had an argue with local ticket revisors for some misunderstanding. After he was forced to pay the fine, he have complained a lot of the event. He have also wrote a complain to the local transport company.

I have really enjoyed my stay in Bulgaria. Except the competition results all was well. I hope getting there again sometimes 🙂

Software Engineer at Google View all posts by Peter Csiba